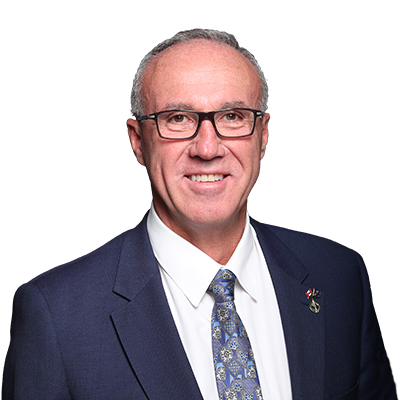 Help me understand your priorities! Complete the survey at https://www.surveymonkey.com/r/ConstituentSurvey2020Budget. Thank you for your participation. Your voice matters! Full Article

February 16, 2020 – Ottawa, ON – An online petition initiated by Medicine Hat resident Brad Manysiak and sponsored by Glen Motz, Member of Parliament for Medicine Hat-Cardston-Warner and Associate Shadow Minister for Public Safety and Emergency Preparedness closed for signatures on ... Full Article

Canada’s legal firearms owners are among the most scrutinized in Canadian society. Nonetheless, they are the target of a misguided Liberal plan determined to make criminals out of them with a proposed ban on “military-style assault rifles.” There is no legal definition for ... Full Article

MEDICINE HAT – Glen Motz, Member of Parliament for Medicine Hat-Cardston-Warner and Associate Shadow Minister for Public Safety and Emergency Preparedness, has been appointed to the National Security and Intelligence Committee of Parliamentarians (NSICOP). “I am honoured to serve my country ... Full Article

Petition E-2341 is now the largest online petition in Canadian history. Join over 145k Canadians in calling for Liberals to focus on criminals, not law-abiding firearms owners! Deadline is February 15, 2020. Sign the petition at www.e2341.ca. Full Article

January 17, 2020 – MEDICINE HAT, AB – An online petition, launched in December 2019 and sponsored by Glen Motz, Member of Parliament for Medicine Hat-Cardston-Warner and Associate Shadow Minister for Public Safety and Emergency Preparedness, that opposes the Liberals’ plan to ban ... Full Article

January 14, 2020 – MEDICINE HAT – This past September, a Quebec Superior Court struck down the existing provision in Canada’s law on medical assistance in dying (MAID) relating to the requirement that a patient’s death be reasonably foreseeable. As a result, the Government of Canada ... Full Article

January 3, 2020 – MP Motz – MH News Column – Optimism should be the key economic perspective for Canada as we enter a new decade. Unfortunately, the weight of enormous and growing federal debt, increased taxes and regulatory red tape are driving investment away. Combined with ... Full Article